WTF Moment of the Month

I remember an article I read a few weeks ago, about a woman who was admitted to a Vancouver hospital with acid burns to her face…

Storro said she held the press conference to draw attention to efforts to find the attacker, but also to talk about her faith.

“I’m here today because of Jesus Christ,” she said.

The strength of her faith will allow her to move forward, Storro said, though several times she said that the attacker coming forward to admit what she had done would be an enriching part of that.

And you know what? I felt genuinely sorry for her. Even though her story was so stupid:

“For some reason I had this feeling that I needed to go buy some sunglasses,” she said. They ultimately saved the vision of a woman who has been partially deaf since childhood. “That's Jesus for sure,” she said.

“To be hard of hearing and blind. That would drive them crazy,” she said, laughing while motioning to her parents on either side of her.

Did you get that? She believes the urge to buy sunglasses was Jesus saving her vision. Hokey, but she’s deaf, so… I just look past it.

Then, the plot thickens…

It turns out, the whole thing was a hoax, and she is being brought up on charges. She threw acid in her own face and gave police a description of a black woman: 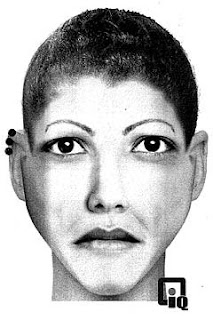 It boggles my mind… try reading those quotes above one more time, in retrospect.

Email ThisBlogThis!Share to TwitterShare to FacebookShare to Pinterest
Series: WTF Moment of the Month