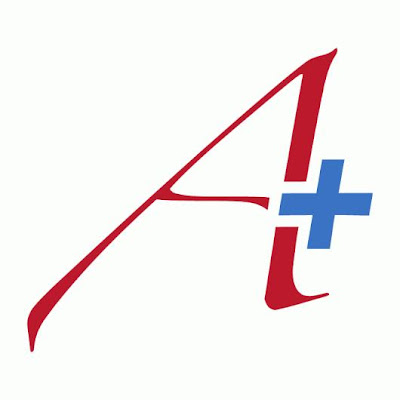 Since we atheists are apparently adding symbols to the end of the letter “A” to signify what kind of atheist we are now, here are some suggestions:

A$$: for those who see the profit potential in Atheism; it’s atheism dollar dollar bills, y’all. In gold we trust.

AK: for those atheists who like to not only pack heat, but also demand the sort of firepower usually reserved for frontline soldiers

A!: FOR ATHEISTS WHO ONLY TYPE IN CAPS!

A*: for atheists who aren’t really atheists; perfect for those who believe in “spirituality” or just love going to church, even though they know there’s no god

A&W: for atheists who like their root beer in a frosty mug

A++: for people who want to be even snootier than those at FTB

AP: for young atheists who are taking college classes in high school

Ah-ha: for atheists who just realized that they don’t believe in gods

A-: for atheists who don’t think things are going to get any better

A™: a wholly owned subsidiary of Godless Inc.

A?: for people somewhere between atheism and agnosticism

A∑: for talking about all atheists as a whole, added together

A1: for atheists who enjoy steak

A. : for those who are just an atheist, period